Baori or Bawdi – are step wells built in ancient times seen at different locations in India.
Travelled to Jaipur recently – took a day trip to Abhaneri – about 95 km away – to visit the Chand Boari and the adjacent Harshat Mata temple. Was thoroughly impressed by the structures. Both are a bit offbeat places with not may tourists around. Could spend a lot of time taking pictures. Would have loved to go down the steps at Chand Boari – but its been barricaded – wisely I guess.
Chand Baori or Bawdi is one of the largest step well in the world, built around the 9th century AD by King Chanda – hence the name. These large steps wells helped to store water all year round in these arid areas.  It also served as a community gathering place for the locals and the royals. Its a rectangular structure with steps along three sides and a three-storeyed pavilion with intricately carved windows (jharokas), galleries and balconies for the royals, built on the 4th side. The geometric symmetry of the steps and the play of light and shadow they cast in the sunlight is mesmerizing. There are 3500 steps – going down to a depth of about 64 feet – 13 floors down. It is said that the temperature at the base is about 5-6 degree cooler that at the top.
Chand Baori was featured in two hollywood movies – The Fall and The Dark Knight Rises.

Chand Baori – a symphony of steps. 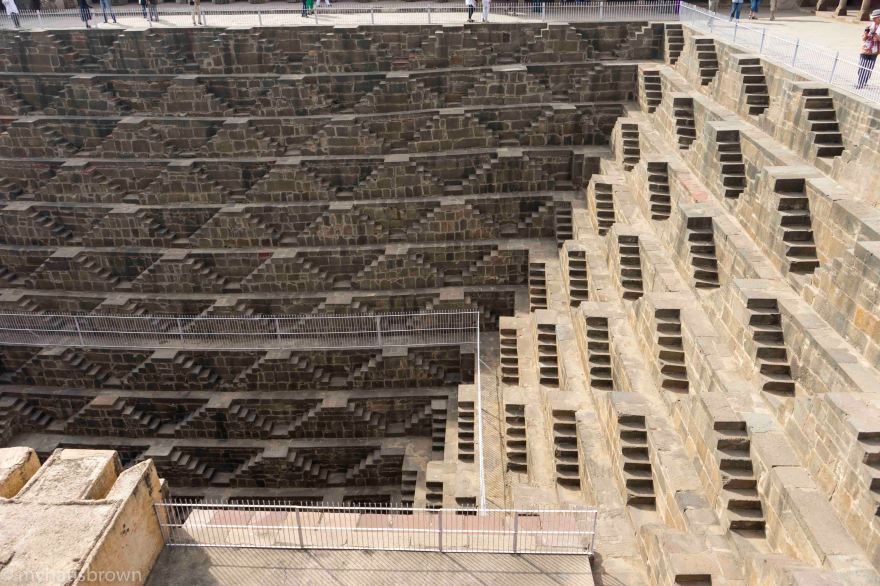 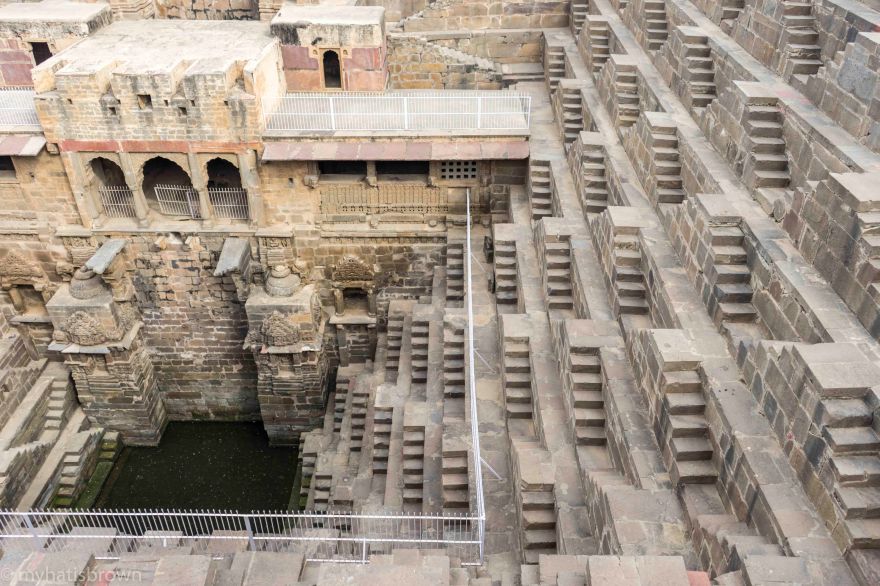 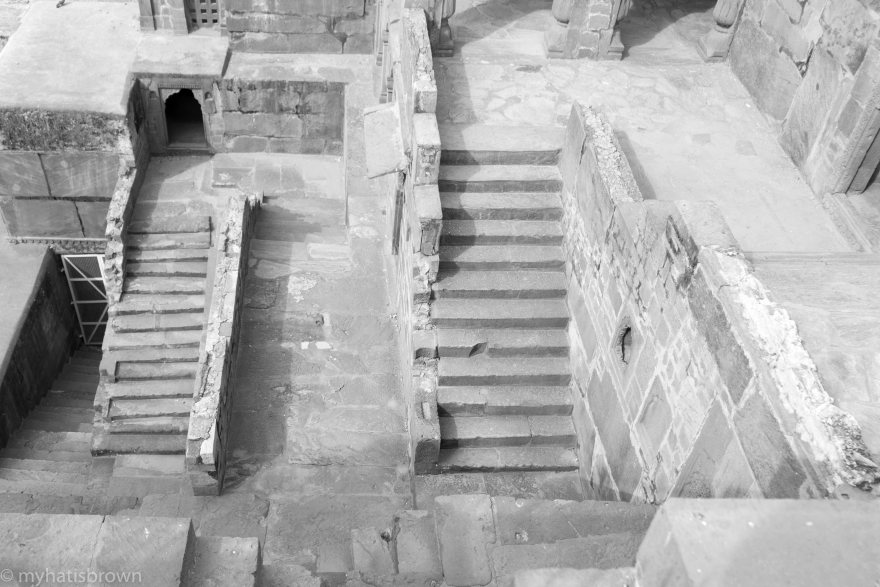 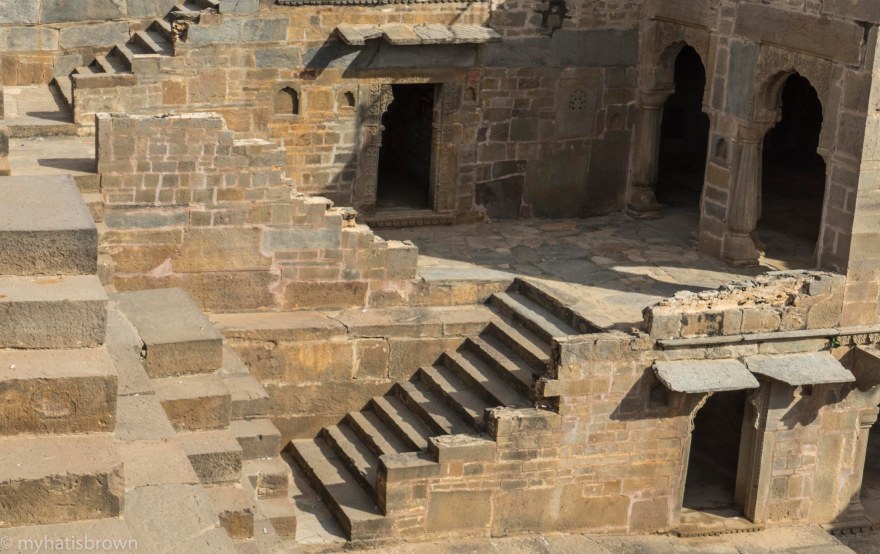 Adjoining the Chand Baori – is the Harshat Mata temple. This is an ancient temple – built in the 7 – 8th centuries – but was plundered and destroyed by Mahmud Gazni. The pillars, walls and statues still lie scattered but the main temple is still in use – saw a friendly temple priest reading and chanting holy verses when I visited. He allowed me to take pictures inside – may his tribe increase.

Harshat Mata is the goddess of happiness and joy – hence the small village around it was called Abhanagri (city of brightness) – now known as Abhaneri.

The temple walls – some in ruins, the intricate carvings, the setting of the temple and the general  quiet, soothing ambience makes the place a must visit. 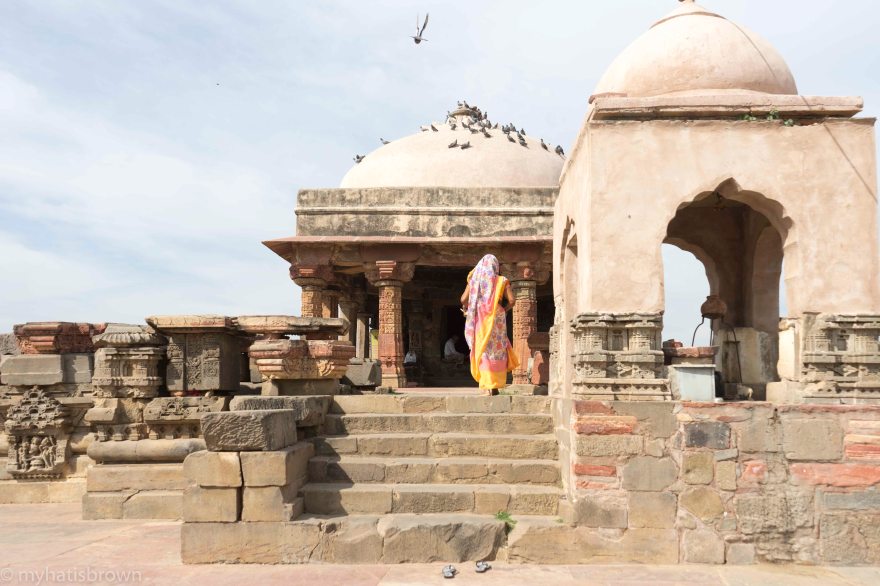 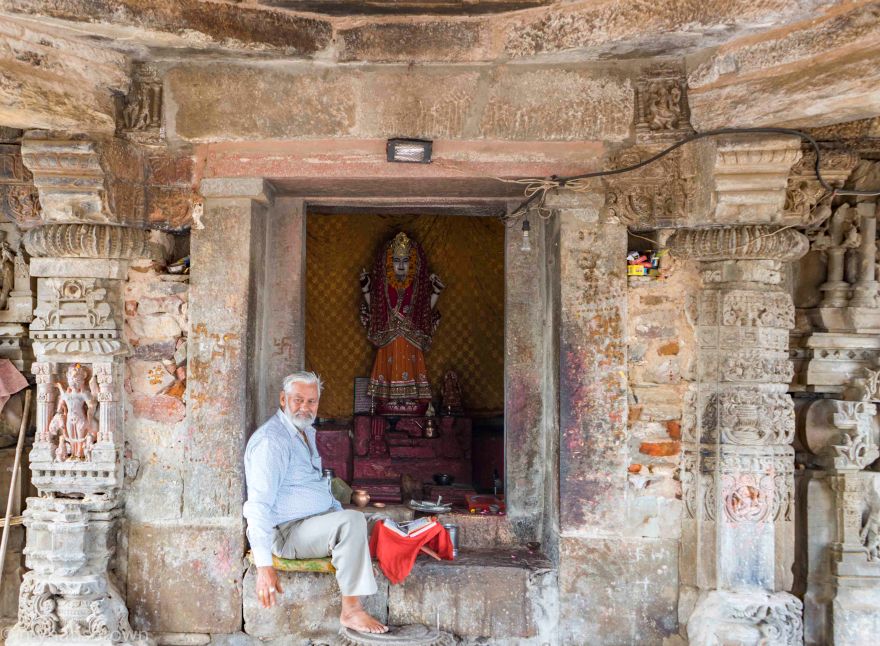 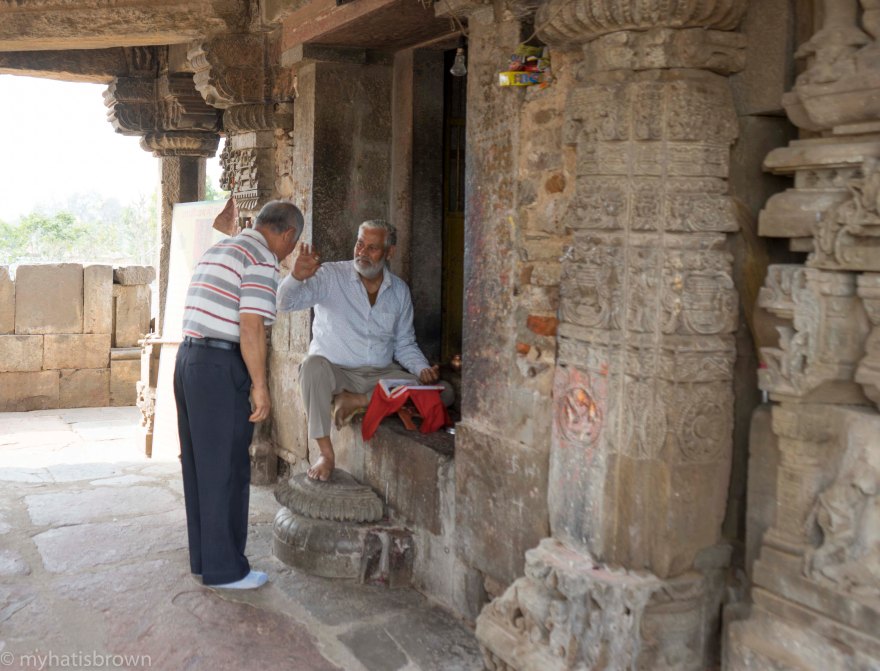 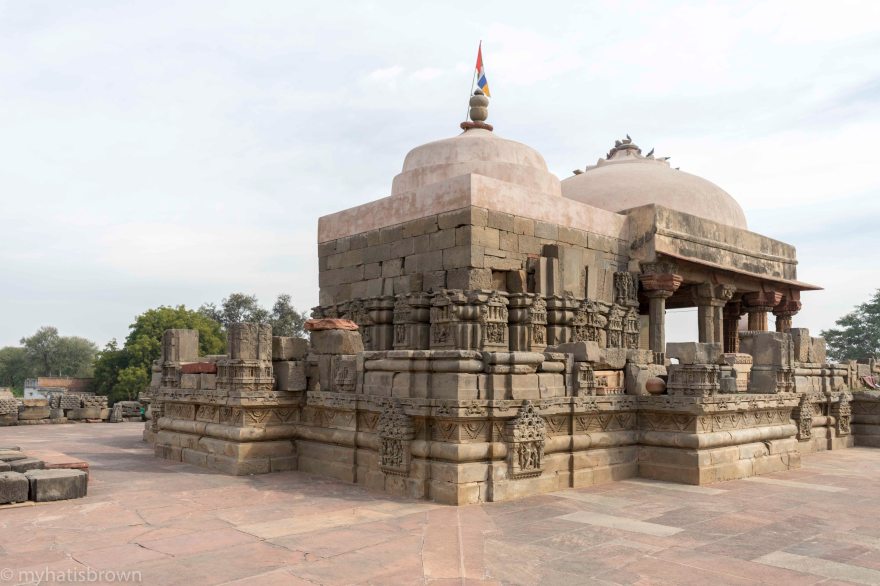 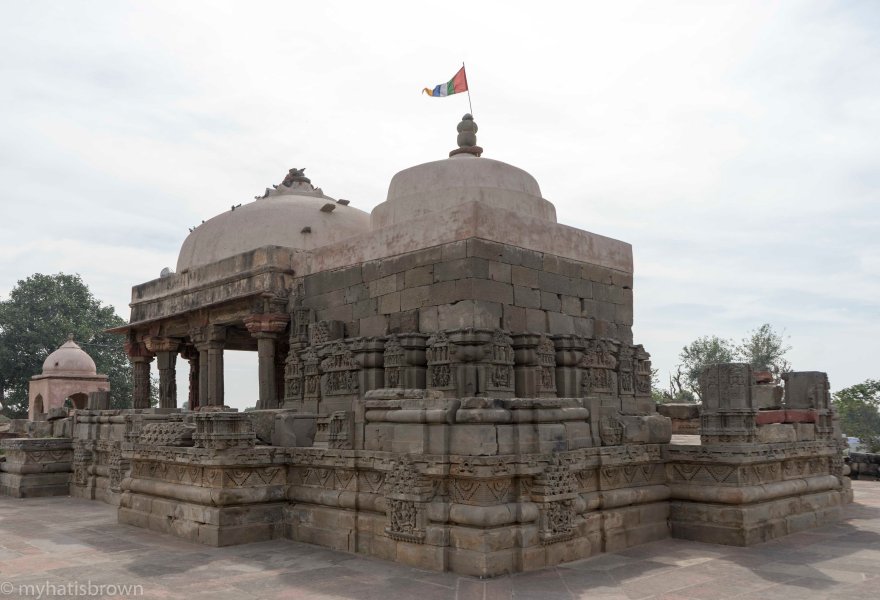 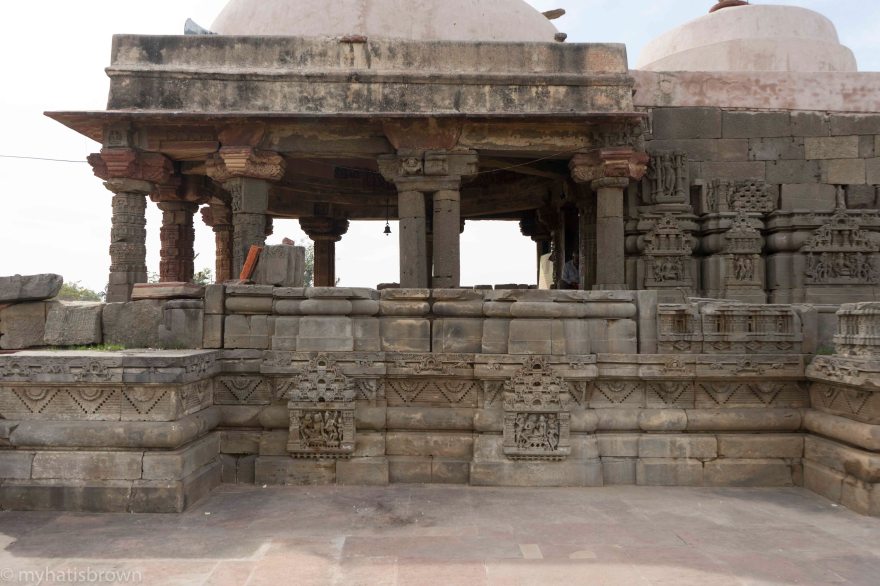 2 thoughts on “Baori And The Temple”